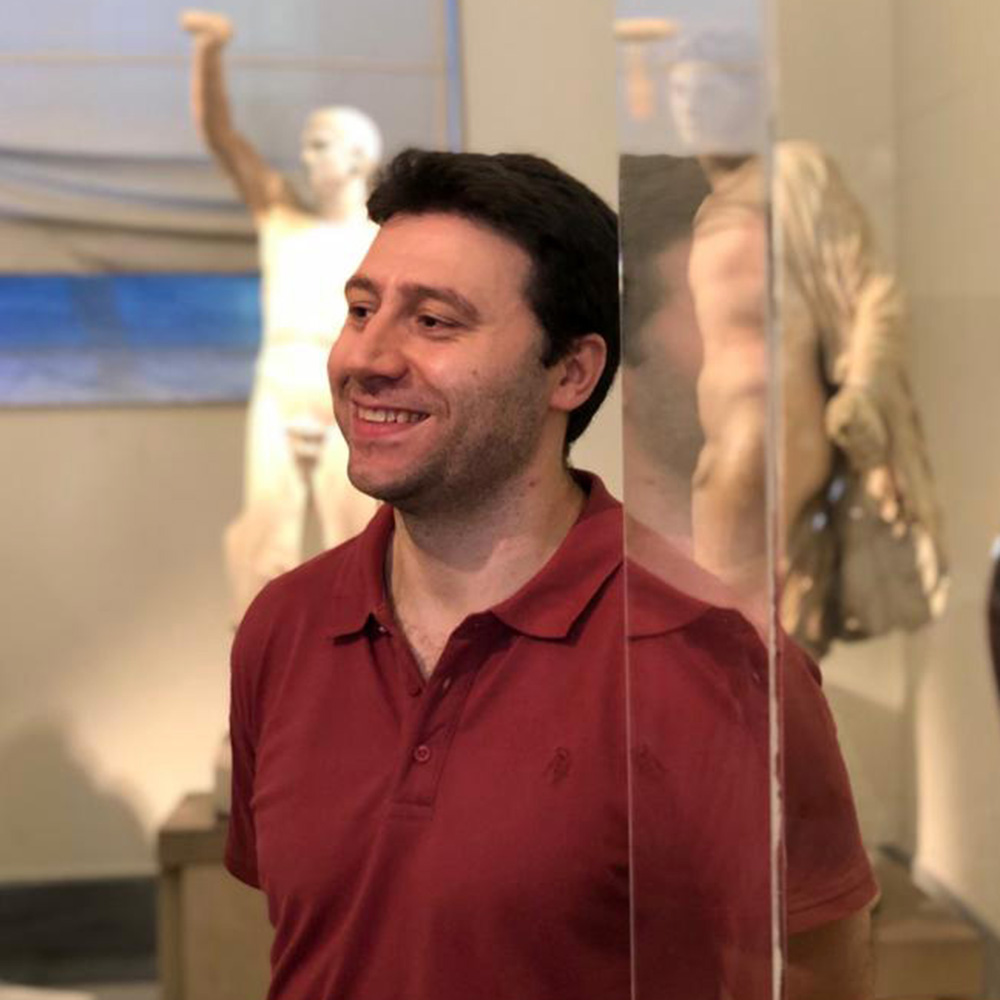 Latin teacher and founder of the Schola Latina

Roberto Carfagni was born in Avellino (Italy) in 1983.
He read humanities first at Salerno University and then at the “Istituto Orientale” of Naples, where he received a master’s degree in classical and modern literature with a dissertation in Renaissance philosophy about the paedagogical ideals and the teaching practice of 15th century Italian humanists, earning a mark of 110/110 cum laude.
His studies not only concern the ancient (Greek and Roman) world, but also encompass the modern age in all its aspects, as well as Renaissance Latin literature. Though he has a wide range of interests – including history, philosophy, literature and languages –, his education is based on Latin and its teaching methods.
He taught, in Latin, (ancient) Latin literature at the academy Vivarium Novum, in Rome. He authored, or coauthored, a few books, including the Epitome historiae sacrae (2009: published in Italy by the Edizioni Accademia Vivarium Novum, in the United States by Hackett Publishing Company and in Spain by culturaclasica.com) and the Nova exercitia Latina I (2015). He helped to plan and organise two international Latin conferences: “Humanitas” (Naples, July 15 – 22, 2007) and “Litterarum vis” (Szeged – Budapest, July 23 – August 1, 2008).
He taught Latin in Spain, and took part, with lessons and lectures, in many conferences and seminars, in schools and universities, both in Europe and in America.
He has also taught Latin and Latin literature through the Web since 2012.
Over the years he has had students of all ages, from 9 to 70 years, and they all retain an excellent opinion of him. That is why Roberto and some friends of his have decided to share their interests and skills and found the Schola Latina. 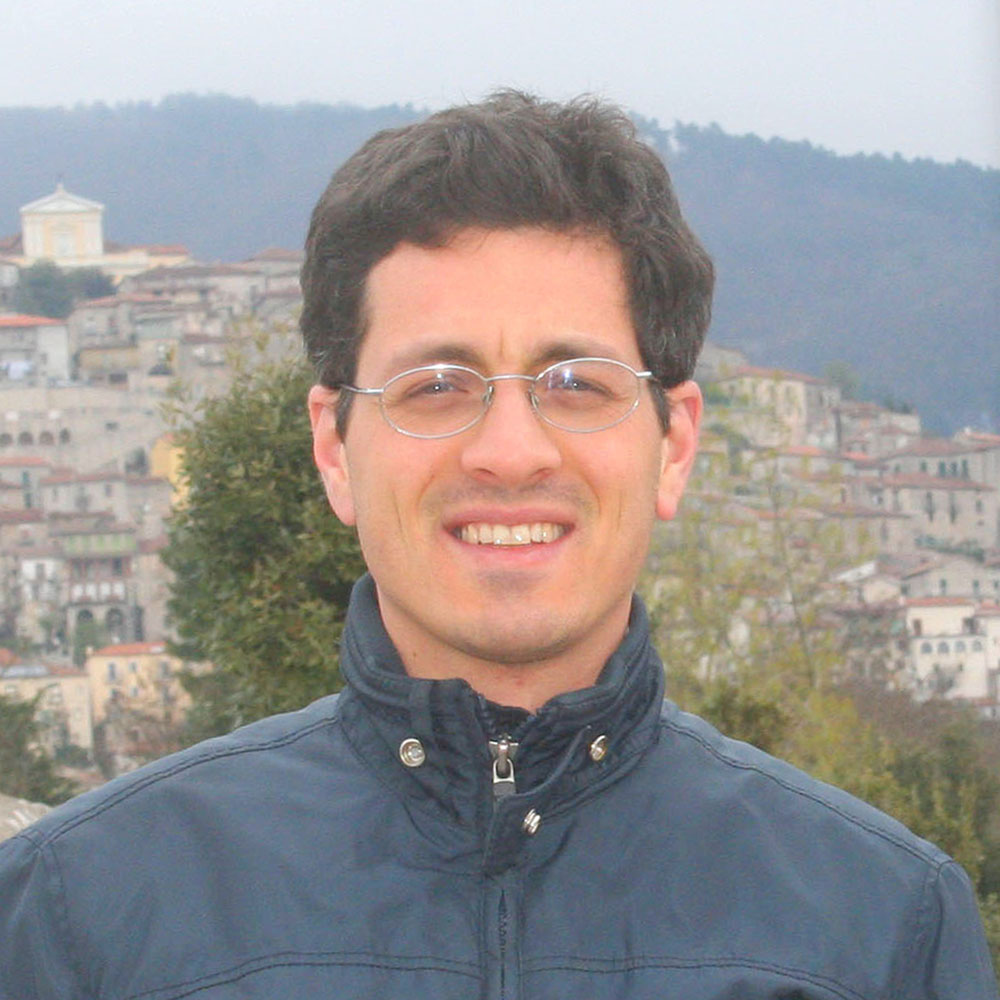 Alessandro Barbone was born in Avellino (Italy) in 1982.
After graduating in philosophy from the Frederick II University of Naples, he specialized in ancient Church history at the University “L’Orientale” of Naples. His main interests include the classical world and its relationship with early Christianity. His love of classics prompted him to deepen his knowledge of Greek and Latin and, more recently, of biblical Hebrew.
Among his publications are: some exercise books designed to be used along with the Greek course Athènaze: Quaderno di esercizi per Athènaze I (2 volumes), Ephòdion I, Ephòdion II; and a school edition of the Table of Cebes, a Hellenistic philosophical text: La tavola di Cebète (with T. F. Bórri).
Alessandro has also written a study on the Table of Cebes (La tavola di Cebete, with an Italian translation) and an essay on the Pythagorean conception of music (Musica e filosofia nel pitagorismo). He has translated into Italian the De nuptiis Bentivolorum, by Filippo Beroaldo.
Finally, he is the author of a novel, Partita per violino solo.

Tommaso Francesco Bórri was born in Parma (Italy) in 1964, and lives in Montella (Italy).
He is one of the authors of the new multimedia edition of the DOP (Dizionario d’ortografia e di pronunzia), the standard dictionary of Italian pronunciation and orthography: a website and a paper book.
With Luigi Miraglia, he is the author of the much augmented Italian edition of the Greek coursebook Athènaze (original English edition by M. Balme and G. Lawall) and of some supplementary materials designed to be used with H. H. Ørberg’s Lingua Latina per se illustrata.
He has dealt with the pronunciation of Latin, comparing the scholastic and ecclesiastical pronunciation traditional in Italy with the reconstructed classical pronunciation (pronuntiatus restitutus).
With Roberto Carfagni, he is now writing a Latin syntax. 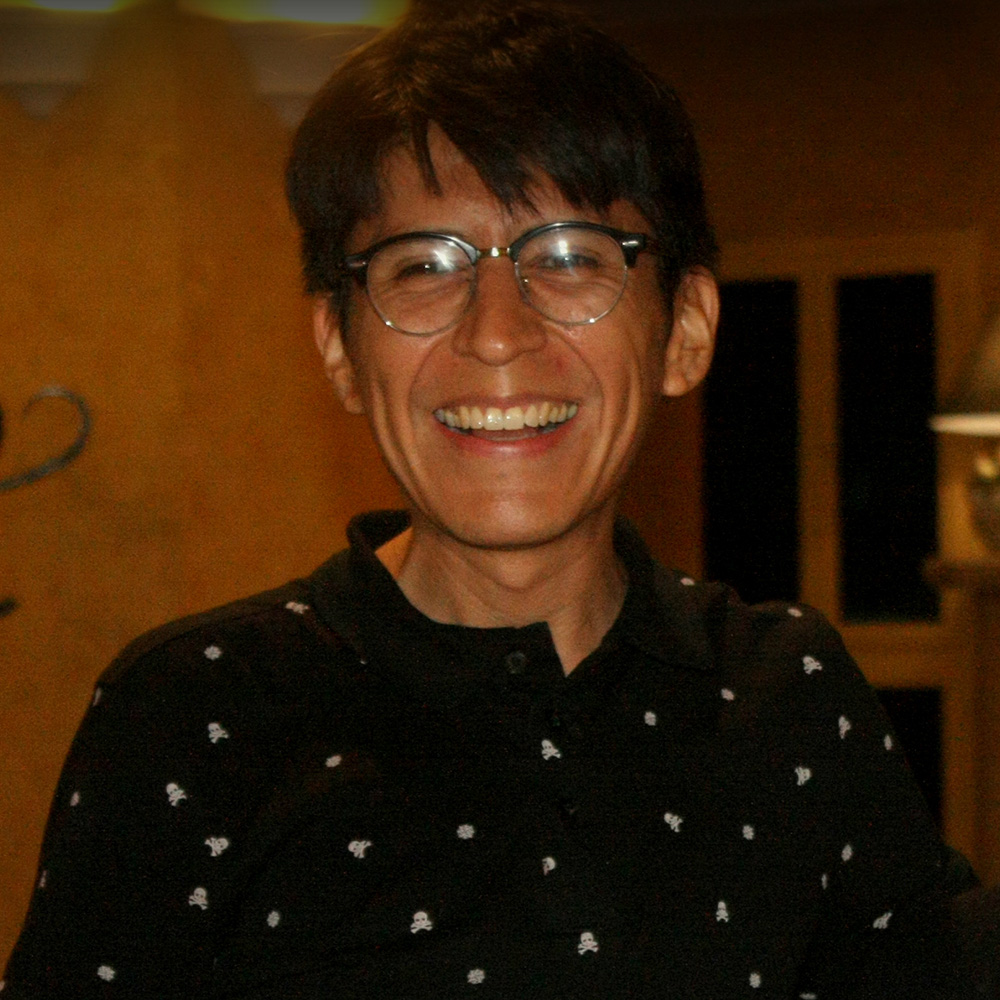 Eduardo Arturo Flores Miranda was born in Cuernavaca, Mexico, in 1986.
He started studying modern languages when he was a little boy, which prompted his desire to learn ancient languages, too. For that reason, he read classics at the UNAM (National Autonomous University of Mexico) and continued his training in Latin and Greek at the academy Vivarium Novum.
Since 2008 he has been teaching Latin, first in a conversational Latin workshop at the UNAM, and then in the minor seminary of his native city, where he also teaches rudiments of Greek and some other subjects related to humanities, such as ancient history, philosophy, Spanish composition and literature.
He also works as a proofreader at Conaculta, which is one of the biggest publishing houses in Mexico, and specializes in books related to Latin American history and classical tradition.
For the previously mentioned publishing house, he has participated in the elaboration of the publishing guidelines with three chapters: the first one is about the transcription of Greek and Latin proper names into Spanish, the second one deals with the rules for quoting ancient writers, and the third one is concerned with how to quote Christian writers and the Holy Scripture. 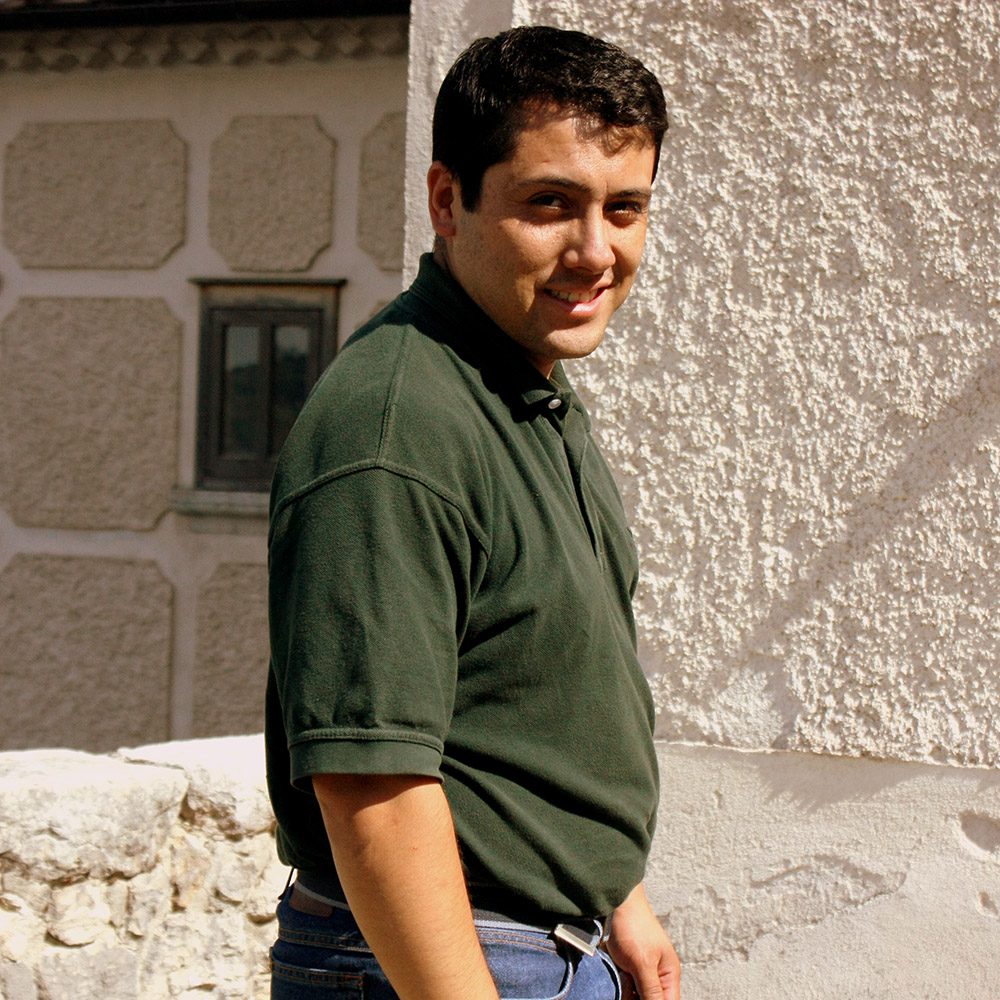 Omar López Pacheco was born in Mexico City in 1984.
He studied Latin and Greek at the UNAM (Universidad nacional autónoma de México) and the Vivarium Novum Academy, in Rome, where he taught ancient history in Latin. He also taught in the Academy’s intensive Latin summer courses.
He has translated some of the pedagogical works of the Italian humanist Pier Paolo Vergerio into Spanish and now serves as assistant professor of Greek at the UNAM.

Laíz Villarroel was born in La Paz (Bolivia) in 1990.
She graduated in tourism from the “Universidad del Valle” in Cochabamba, and specialized in cultural tourism at the TEC of Monterrey, Mexico.
A photography enthusiast, she’s been co-operating with the Schola Latina since March 2017. She’s in charge of image and communication, particularly through the social networks.