In our previous article, we established that Latin is a language of history and culture, that allows us to follow man’s path across centuries and understand two fundamental perspectives: historicity and rationality.
If it is true that a few reasons for studying Latin are for the most part less valid today than in previous centuries, when the knowledge of the language of Rome had obvious practical implications and was necessary to access certain careers (for example, attorneys, notaries, other legal experts, doctors, administrators, and of course the entire hierarchy of the catholic Church), it is no less true that the purpose of teaching Latin was never only practical or social. We could certainly say that alongside an overt goal, there was always an even more valuable, albeit sometimes subconscious goal, related to education and intellect. I am not referring to an alleged superiority of Latin over other languages in terms of rationality, to “mental gymnastics” such a language would develop, or other popular reasons, which are not necessarily wrong, but are certainly less valid than other reasons. Instead I am referring to the moral and intellectual development brought about by the serious and critically deliberate study of Latin, which is not separate of course from the study of the literature that has been passed down to us in Latin. In short, it is somewhat similar to bees, whose “apparent and deliberate purpose that draws them to the flower is to taste the sweet nectar, while the actual, subconscious purpose is to rub against the stamens and promote the fertilisation of the flower” (the metaphor is not mine, but that of Tadeusz Zieliński, “The ancient and us,” Naples, 2004). 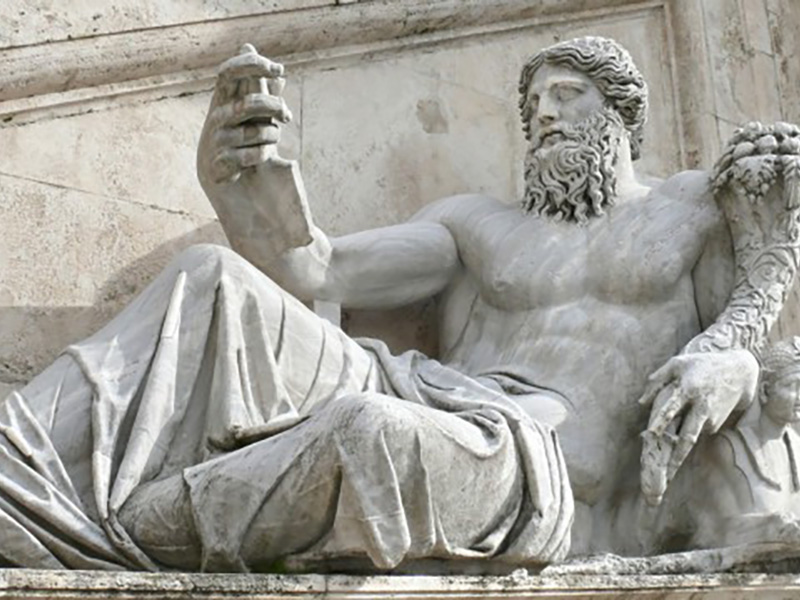 In what, then, does the educational, moral, and intellectual value of Latin consist? Let’s begin with the words, and an example that was popular more than a century ago. In Italian we say “arrivederci”, or “addio”; in Latin “vale,” literally “be well”; in Greek “chàire,” literally “be cheerful”. If we read on a superficial level, if we translate mechanically without taking a deep look at the words, we fail to understand not just the ancient Greeks’ and Romans’ vision of the world and their perspectives, but also our own, which reveal themselves indirectly before our very eyes when “philologically”– “through the love of words”, as the etymology of this adverb shows us– we reflect on the language. In other words, we do not feel the reverberation of the Roman spirit, simple and sound, nor that of the Greeks, which takes pleasure in life, and probably not even our own, because, even if we are immersed in it, often we do not reflect on the language, that we tend to use mindlessly, and thereby break that intimate bond between words and things.
We would be very wrong if we thought that the language, every language, were only a means of communicating. It is actually a means of being and perceiving. It is what gives substance to our thoughts and feelings. So in paying attention to language we pay attention to ourselves, as individuals and as members of a community.
Reflecting on words, reflecting on the way they interconnect to express concepts, and perhaps transporting these concepts into another language (translation will be the subject of another article), has an enormous educational, moral, and intellectual value, since it helps everyone have greater self-awareness and gain a critical understanding of both life and the world. Therefore it serves to free us from prejudice and instills a certain love for good taste, beauty and truth, while avoiding a utilitarian conception of culture.
15th-century Italian humanists were well aware of this. When Leonardo Bruni says: Studia humanitatis nuncupantur quod hominem perficiant atque exornent, he is saying that this area of study does not only make a man more attractive and more likeable, but it brings about a fulfillment of human potential in terms of reason (ratio) and the universal means through which it is expressed (oratio.)
If anyone is under the impression that this subject is somewhat abstract, to see that we are talking about life itself in a tangible way, it is enough to reflect on the feelings that arise when the meaning of a word is revealed through its etymology, on the sound of a line from Ovid or even a medieval chant, the structured clarity of a Ciceronian sentence, or the rapid, choppy punches of Senecan ones.
It seems there is another point: does Latin alone fulfill this educational, moral, and intellectual task?
It is clear that what has been said so far about Latin as a language applies to every language; and in this sense, Latin does not enjoy a position of privilege. It is also true, however, that languages are not all the same, and that, from a purely historical and cultural point of view, some languages are more important than others because of the outcomes they produced.
We could have had many of the aforementioned benefits even if we had studied, for argument’s sake, German or Russian from a historical and comparative angle, diligently reading their respective classics. But indeed there are few languages, and surely none like Latin, that allow us to travel through space and time and to retrace our story through a rich, Socratic dialogue, through which we can be contemporaries not only of Caesar and Cicero, but also of Thomas Aquinas, Petrarch, Erasmus, Newton, and so many others – who either wrote in Latin or, after drinking from this eternal spring, poured out this life-giving water through modern languages –, removing us from the flat perspective of the present.
It is not unnecessary to add that looking back does not actually mean returning to the past, perhaps to escape a mundane, unremarkable present; far from it: “If the oak spreads its roots in the ground, it is not that it wants to grow back into the earth, but because the earth has the strength to lift it towards the sky.” (In this case as well, we are indebted to Tadeusz Zieliński for the beautiful illustration.)
It validates a perspective on time, with the relativity of our experience, like many things, but also with the universality of humankind; greater individual and collective self-awareness, in so far as men and citizens are members of a community defined by its history; a deep awareness of linguistics, in substantial and artistic terms, through a close relationship between words and things: this is what the study of Latin promises.
Roberto Carfagni
(Translation by Danielle Bostick.)